How the 3 Most Common Electro Mechanical Systems and Devices Work

Almost every moving device is powered by an electro mechanical system. These systems are present in most electric motors, solenoids and mechatronics. From vehicle power windows and power seats to washers and dryers, many of the products we use in our everyday lives rely on these systems. Here are the three most common electro mechanical systems and devices and how they work.

In short, there are many types and sizes of electric motor available, with three main categories operating in the lower voltage range (6-24 volts). These are: 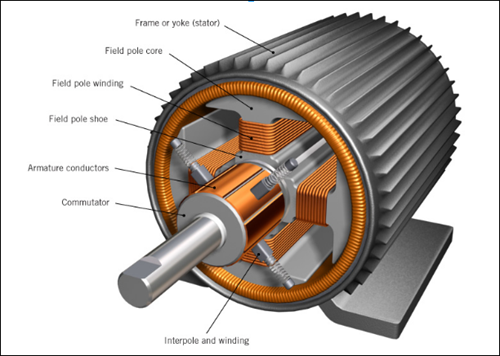 A brushed DC motor is an internally commutated electric motor designed to be run from a direct current power source. The motor consists of several key parts. Permanent magnets, otherwise known as stator magnets, are located on the outside of motor casing, are positive on one side, negative on the other. Connected to the motor shaft at the center of the motor, there are several wire (or armature) windings (a wire winding consists of one or more turns of a wire to form a continuous coil that allows an electric current to pass) that are in turn connected to metal plates.  The windings are also connected to a pair of metal plates called the commutator. When operating, the metal brushes come into contact with the commutator; as DC voltage is applied to the metal brushes, the current is transferred to the commutator which causes the magnetic field around the armature coils to change so that the coils rotate between permanent magnets. The speed and torque characteristics of a brushed motor can be altered to adapt to the power supply. Among the benefits associated with brushed DC motors include relatively low cost to procure, ease of operation (simply connect a DC power supply), and high torque output at low speeds, which can be useful when there is a load on the motor upon startup.

Brushed motors are commonly used for electrical propulsion, cranes, paper machines and steel rolling mills, but the truth is they are used pretty much everywhere. Chances are you even have one in the palm of your hand right now, since it is likely there is a small, brushed DC motor located in your smartphone to generate haptic feedback (vibration). Since the brushes wear down and require replacement, brushless DC motors using power electronic devices have displaced brushed motors from many applications.

Having said that, brushed DC electric motors should command some degree of reverence, even if brushless DC motors are replacing them in some applications. Brushed DC motors were the first to offer commercial viability in terms of driving mechanical energy, so they undoubtedly played a significant role in shaping the world we know today.

Like brushed DC motors and as the name implies, brushless DC motors are motors powered by DC electricity. It consists of permanent magnets connected to the rotor and fixed stator coils (electromagnets). As the rotor turns, one or more sensors close to its edge sends a signal to a control circuit that energises the stator coils in a sequence. The advantages of a brushless motor over brushed motors are longevity (the brushes used in brushed motors can wear out over time which in turn reduces the overall lifespan of the motor), high power to weight ratio, high speed, and electronic control. Since a brushless motor is controlled by a computer, it is much more precise. Precision of brushless motors can also be increased by increasing the number of electromagnets on the stator.

Computer control is also widely responsible for the superior efficiency of brushless motors; while brushed DC motors operate at around 75-80% efficiency, brushless DC motors operate closer to the 85-90% range. Brushless motors are quieter and there is no chance of dangerous sparking since there are no brushes within the motor. To find a disadvantage associated with brushless DC motors one could look at the initial monetary investment they require – but that disadvantage, such as it is, is quickly countered by this motor’s long lifespan. Brushless motors can be found in computer peripherals (disk drives, printers), hand-held power tools, robotics used in the industrial sector and vehicles ranging from model aircraft to automobiles.

Unlike brushless DC motors, stepper motors do not require any sensors. They have a permanent magnet rotor within the center that’s free to rotate within the fixed stator coils. Using a driver circuit, current is pumped into the coils periodically, which generates a magnetic field. Repelling the end of the magnet with the same polarity as the coil, and attracting the other, causes the magnet to turn and the motor to run. On a more granular level, the inner magnet is divided into many sections, resembling the teeth you would, for example, find on a gear wheel used in a watch or clock. The outer coil that surrounds the magnet has the corresponding “teeth” and generates the magnetic pulses required to attract or repulse the inner magnet. This results in the wheel being able to move in a very precise manner. In terms of applications, stepper motors can be found in industrial robotics where a robot’s precise movements and ability to hold perfectly still is integral to the manufacturing process. Stepper motors are often very energy efficient. 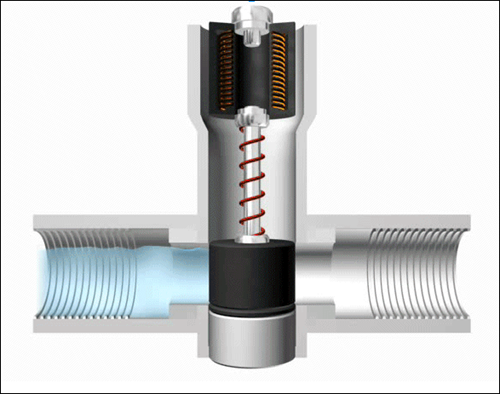 A solenoid is a type of electromagnet that generates a controlled magnetic field when current passes through its wire in order to create a linear motion. It can also be used as an inductor, rather than an electromagnet, which impedes changes in the electric current. A solenoid consists of a coil of wire in a corkscrew shaped wrapped around a piston, often made of iron. Since solenoids use electromagnets, which can be switched on and off by a computer application or by removing the current, they are especially useful as switches or valves, and are commonly found in products like car keys, a doorbell and a host of automated industrial systems. There are various types of solenoids, including the following:

●    Electromechanical solenoids – These consist of an electromagnetically inductive coil, wound around a movable steel or iron slug, and are commonly seen in electronic paintball markers, pinball machines, dot matrix printers and fuel injectors.

●    Rotary solenoids – These are used to rotate a ratcheting mechanism when power is applied and were first applied in the 1950s for rotary snap-switch automation in electromechanical controls.

●    Rotary vice coils – These are the rotational version of a solenoid and are widely employed devices such as disk drives.

●    Pneumatic solenoid coils – This is a switch for routing air to any pneumatic device, allowing a relatively small signal to control a large device. It is also the interface between electronic controllers and pneumatic systems.

●    Hydraulic solenoid valves – These are valves that they control the flow of hydraulic fluid and are found in everyday household items such as washing machines to control the flow and amount of water into the drum. 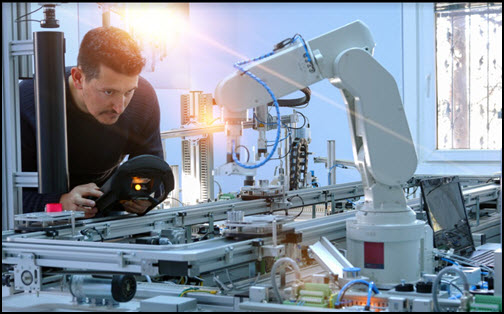 Mechatronics is an interdisciplinary area of engineering that combines mechanical and electrical engineering and computer science and is often considered the amalgamation of skill sets that is and will be required to drive advanced automated manufacturing going forward. Individuals that work at the nexus of these disciplines may also have extensive knowledge of robotics, electronics, and telecommunications are tasked with creating simpler and smarter systems.

A typical mechatronic system picks up signals from the environment, processes them to generate output signals, transforming them into forces, motions, and actions. Many products that used to be purely mechanical now rely on mechatronics to function, including a variety of automotive systems such as anti-lock brakes, as well as household items like DSLR cameras. These kinds of systems represent the future of the electromechanical field.

Electromechanics have existed since electricity was invented and have become increasingly more sophisticated over time. While the electric motors will still play an important role in the future, the market is shifting to more mechatronic and solenoid-based systems. If you find these systems fascinating and are interested in joining the world of electro mechanics, check out our technician program.