How to Join the Robot Revolution 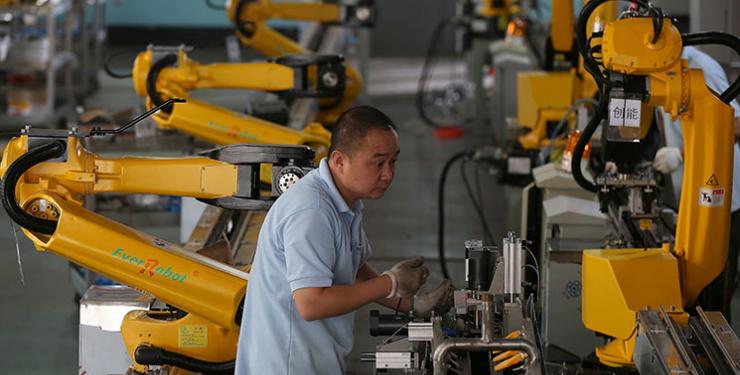 The surprise result of the recent US election has highlighted the loss of manufacturing jobs like never before. Voters punished the status quo at the ballot box, at least partially because of their anger and powerlessness at big business outsourcing work to foreign countries. But the problem on the horizon is not so much outsourcing, downsizing, or imports as it is a fourth industrial revolution: the mass introduction of automation, which will replace low-wage workers with robots. It’s important to note that Chinese labourers aren’t replacing American workers: Chinese robots are.

Of course, many jobs are automated already. Car factories already use robots in their manufacturing, and automated systems have crept into many parts of our daily lives, such as supermarket checkouts. Looming now, with the advent of self-driving cars, is an even more sweeping takeover: it is estimated that there are 3.5 million professional truck drivers in the US, and as self-driving vehicles become more sophisticated, these jobs are also at risk. Many other jobs that could once be performed only by humans are now being taken over by robots. It’s a worrying trend, and in the current political climate, those who voted for change won’t see their problems disappearing any time soon.

But there are reasons for optimism. Automation will not remove, for example, the jobs of those who have to oversee the factories and the transport networks. And crucially, with the vast increase in robotic systems as a result of the current sweeping changes, there will be a lot of jobs available in ensuring that the robots continue to run smoothly. So the best way for people to take advantage of the new world is to use the old adage “if you can’t beat them, join them” – and train in the skills that will make them part of the robot maintenance workforce.

Designing, building, installing and maintaining robots are all going to be important parts of the new normal, and will be crucial for reversing the decline in North American manufacturing. So there are a variety of skills that people will have to learn to pursue a career in this field, from robot repair to programmable logic controller (PLC) programming. After all, robots need to be able to perform the tasks they are required to do, and they will also need fixing when they go wrong. Given this, and given that progress tends to march on regardless of people’s wishes, it is imperative that people are trained in these kinds of skills.

While there is a lot of scope for learning these skills in high school and in specialized training programs for young people, it’s also vitally important to allow adults to train in these kinds of skills, especially those who have been affected by the decline in manufacturing. More and more adults of all ages are looking to community colleges, universities, and certification programs to acquire the skills needed for a career in tech or manufacturing. Online technical programs can help to fill the gap and stop those being left behind by conventional education, or have little time to pursue more conventional formal training. They allow students to study when they have the time available, on flexible schedules, and help them to develop the skills required to take the best advantage of the automated world.

George Brown College offers many such online technical programs, including automation technician, PLC technician, electronics technician, robotics technician, and electromechanical technician programs. Upon concluding each program, students receive a certificate of completion and the knowledge necessary to pursue a career in their chosen field. With this training under their belt students will be well equipped to find a job in the newly automated future.