Pharmacy Automation Market in North America to Reach $2.7 Billion by 2022 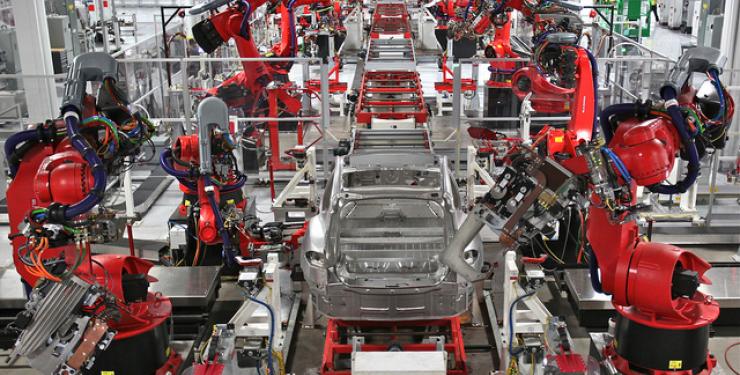 Everybody knows that increased automation on the factory floor dealt a severe blow to manufacturing workers everywhere. Now, white collar jobs are also about to undergo quite a few shakeups as automation begins to take over offices, schools, hospitals and research labs everywhere. The healthcare industry is particularly ripe for automation; predictions have forecasted that industries like North American pharmaceuticals will reach up to $2.7 billion dollars in market size over the next five years.

Healthcare automation is the future, thanks to the skyrocketing numbers of senior citizens and chronic disease patients. Regulation changes have prompted the move towards researching and developing more efficient, less costly solutions that are still able to save lives. Automation is a natural, logical solution to many existing issues.

Examples of existing automation technology include machine learning algorithms that have been able to identify cancerous cells more accurately than the human eye by seeking and matching patterns based on what they have previously ‘seen’ and ‘learned’. Surgery is another area that is getting a boost from new technology, in a bid to reduce dangerous errors and to carry out difficult, highly precise operations. In the world of geriatric care, robots that are capable of assisting nurses and physicians are now being developed and tested. Some are even able to interact with elderly patients to provide support and entertainment.

Pharmaceutical automation is also one particular area of the healthcare industry set to truly take off in the coming years. Industry leaders like McKesson and Omnicell have invested heavily in improving technology to ensure that costs go down, even as accuracy and efficiency go up, by creating products that reduce the number of costly medication-related errors through robot packaging, proprietary bar-coding technology and dosage preparation automation.

There is a range of different jobs in the pharmacy automation market related to everything from consulting to engineering. As far as technical roles are concerned, the ability to troubleshoot, install and repair hardware and software is key. Employees should have good communication and collaboration skills, as they will often be working on cross-functional teams that may include developers, designers, vendors and product engineers. Good writing skills are also important, as employees must be able to clearly document problems, solutions and their work.

Those involved in this industry will have a hand in anything from automating and improving packaging and labeling systems, medication dispensing solutions, storage and retrieval systems and more. Thanks to tougher FDA regulations in the United states, packaging and labelling automation will undoubtedly undergo a significant uptick in the coming years. Similarly, computer-controlled medication dispensing systems will become ubiquitous in large hospitals across North America.

Elsewhere in the world, countries like Brazil, India and China are growing rapidly and undergoing many healthcare policy reforms. The Asia-Pacific region, where a large, aging population is driving demands for improved access to quality health care, represents a significant new source untapped growth for the pharmaceutical automation industry, as evidenced by the presence of multinational companies. Clearly, this is a growing industry at a global scale.

Programmable Logic Controllers, or PLCs, are often the heart of many modern automation systems. For those looking to jump into the pharmaceutical automation market, electromechanical courses, PLC programming and training in robotics are all keys to unlocking the doors in many industries. This is true even for somebody considering making a career change later in life. For instance, an electronic technician who wishes to add to his or her skillset can take training courses in his or her spare time so that they are ready to make the switch for automation-related job openings, whether they are in health-related fields or not.

While many jobs are undoubtedly going to be taken over by automation in the coming years, those who work on automation technology itself are going to be in relatively high demand. With a combination of good interpersonal skills and even experience from past careers, workers with the right training in automation-related technologies will find themselves to be competitive candidates an increasingly small job market.