Demand for EM Techs to Soar with Electric Aircraft Coming to Market! 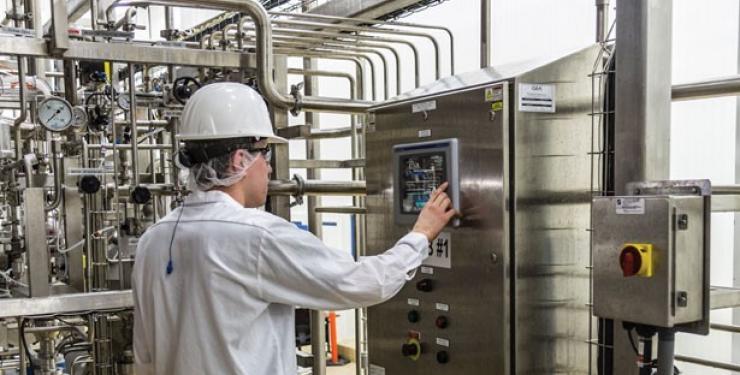 The face of aviation is expected to change drastically over the next several decades. New regulations are driving the demand for electric and hybrid aircraft that produce fewer carbon emissions. Organizations like NASA and Airbus are leading the way to cleaner aviation by researching and designing green aircraft propulsion technologies. While these technologies are still in their infancy and limited by current battery technology, progress moves forward, bringing us ever closer to cleaner skies and a plethora of new green tech jobs.

Currently, gas-powered aircraft represent a significant source of worldwide carbon emissions. The Natural Resources Defense Council reports that when cargo is shipped into the country via cargo plane instead of cargo ship, 25 times more nitrous oxides and 4.5 times more particulate matter is introduced into the environment. Airplanes were responsible for contributing 700 million metric tons of CO2 to the atmosphere in 2013 alone, and it is projected that that number will triple by 2050 if no changes are made. According to the US EPA, American aircraft were responsible for 29% of aircraft emissions and 11% of greenhouse gas emissions worldwide in 2015.

According to the terms of the 1997 Kyoto Protocol, the UN’s International Civil Aviation Organization (ICAO) is responsible for controlling aviation emissions. Last year, they announced the first international agreement, between 23 countries, to cut commercial airplane carbon emissions. It introduces new standards that are intended to cut carbon emissions by airplanes between 2020 and 2040 by over 650 million tons—the same as the emissions of 140 million cars. These new regulations are driving manufacturers all over the world to design more efficient aircraft.

The movement towards hybrid and electric cars has laid the groundwork for a similar trend in the aircraft industry. NASA has been researching turbo electric or hybrid propulsion technology in hopes of reducing the industry’s dependence on gas turbines. In addition to this, they are investigating other ways to make aircraft lighter and more efficient, including wire insulation, lightweight materials, and improved semiconductors and magnetic components.

In 2015, Airbus’ E-Fan Electric Aircraft became the first entirely electric operated aircraft to cross the English Channel. With its twin engines, it can run for 45 minutes to an hour on one charge with a top speed of 220 kilometers per hour.

The E-Fan program is of the larger DEAP (Distributed Electrical Aerospace Propulsion) Project, which in turn is part of the E-Thrust Concept, Airbus’s joint venture with Rolls-Royce. Airbus leads the project and manages the optimization of the propulsion system and the design of the electrical system, while Rolls-Royce handles the electrical system propulsion plant that will build the new engines.

The Future of Battery Technology

Even though lithium-ion batteries are the current standard for electrical hybrid systems, in order to satisfy the large power requirements of airline engines, higher-capacity batteries will need to be developed in order for electric and hybrid aircraft technology to truly take flight. Airbus predicts that battery performance will double over the next two decades. Lithium-air batteries, which are currently being researched, will have a higher energy density than existing batteries due to the greater availability and lighter weight of oxygen

The Need for More Techs

The coming increase in hybrid and electrically-powered aircraft in our skies will stimulate job growth in a number of areas. For example, more Electromechanical Technicians will be needed to install and work on the electromechanical motors that power these vehicles, along with the robots that produce them. Online programs like George Brown College’s Electronics Technician certification program make it easy for students to learn the skills they need to prosper in this emerging field.